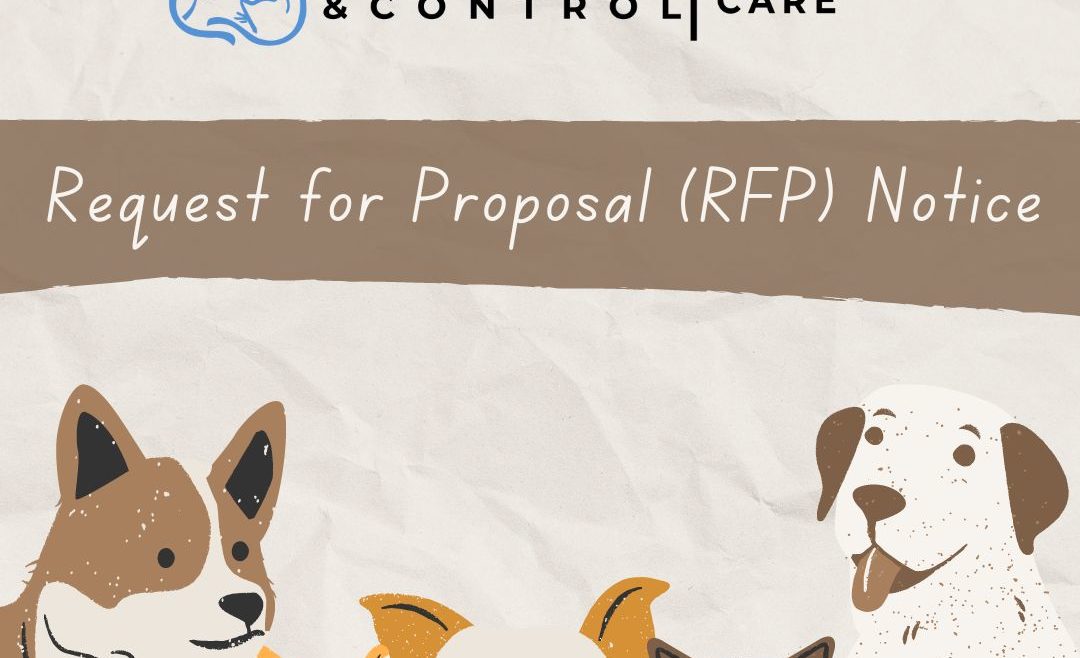 RFP for Mobile Spay and Neuter Clinic and Vaccination 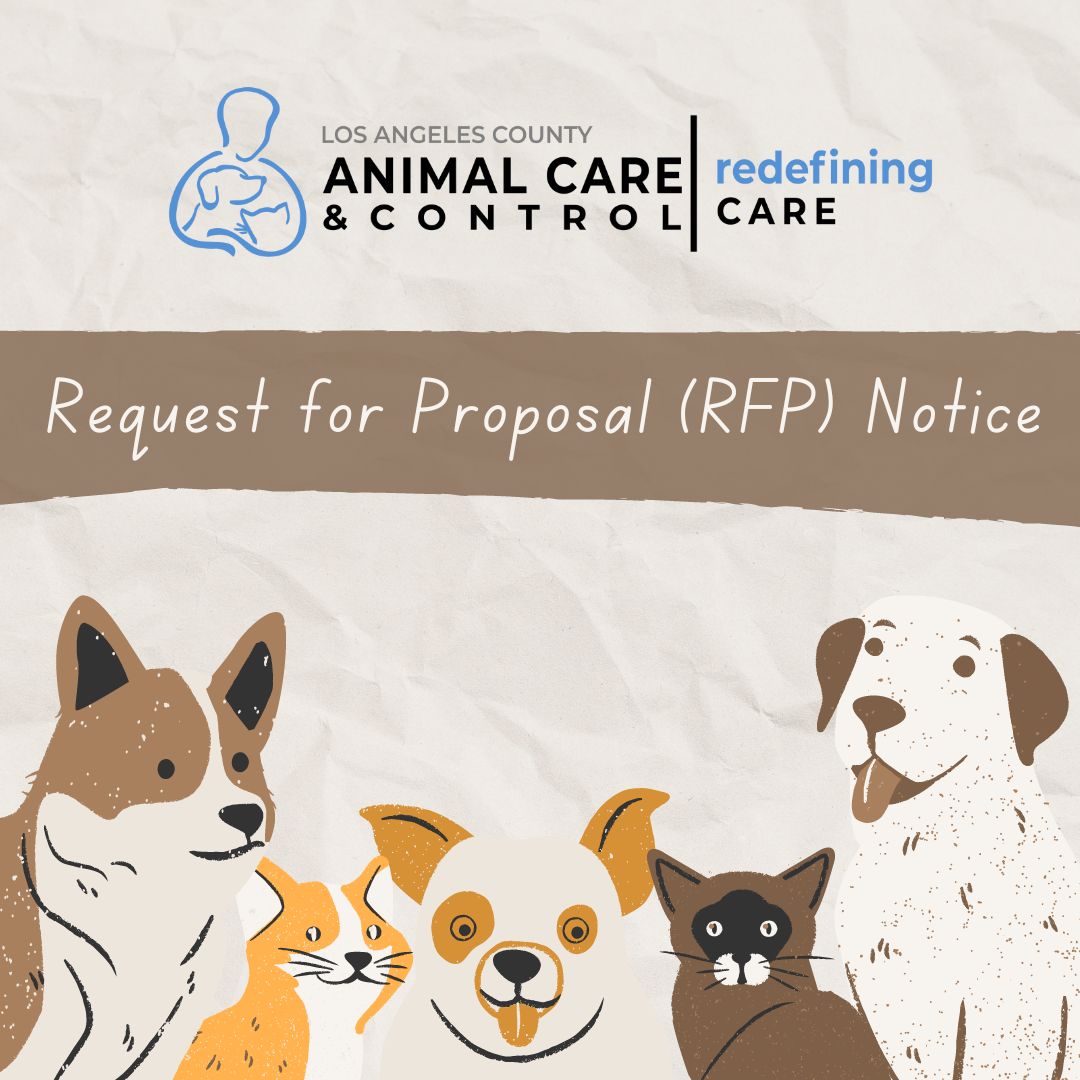 The County of Los Angeles, Department of Animal Care and Control is soliciting bids for Mobile Spay and Neuter Clinic and Vaccination Services.  The Request for Proposals can be downloaded at: https://camisvr.co.la.ca.us/lacobids/BidLookUp/BidOpenStart.asp, Bid# DACC-2022-01.

The Los Angeles County Department of Animal Care and Control is the largest and one of the most progressive animal control agencies in the United States. The Department’s seven (7) animal care centers provide animal control and rescue services to the unincorporated areas of Los Angeles County and 45 contracted cities 24-hours/day, seven (7) days/week.  Los Angeles County Code County § 10.20.350 requires all residents living in the unincorporated areas of Los Angeles County and residents of contract cities that have adopted this ordinance to spay and neuter their dogs and cats over four months of age. County is soliciting bids from qualified vendors who can provide Mobile Spay and Neuter Clinic and Vaccination Services to such residents. The Contractor must have the capacity to service a minimum of 3,600 dogs and cats per fiscal year.

A mandatory Virtual Proposers’ Conference will be held to discuss the RFP.  County staff will respond to questions from potential proposers.  All potential proposers must attend this conference or their proposals will be rejected as non-responsive (disqualified) without review and eliminated from further consideration.  The conference is scheduled as follows:

Call – In Number (audio only)

Proposals are due no later than 5:00 p.m. Pacific Time on Thursday, August 11, 2022, and shall be emailed to: wduong@animalcare.lacounty.gov. Proposals received after the scheduled deadline will not be accepted and shall be returned to the sender unopened.

Become a registered vendor with Los Angeles County to be informed of upcoming solicitations at: http://camisvr.co.la.ca.us/webven/. 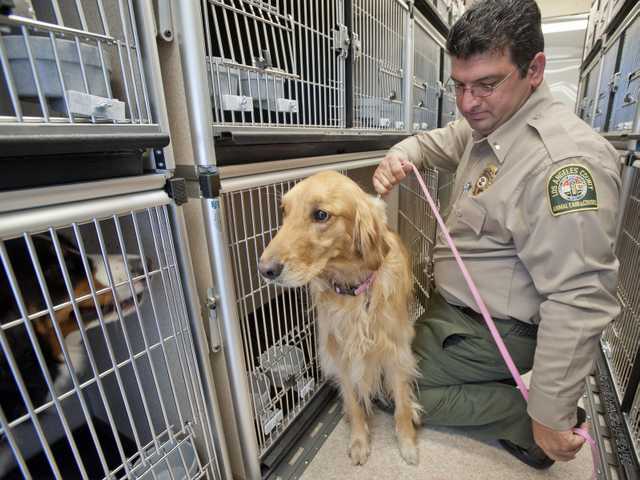 “Hurricane Katrina was an eye-opening event,” said Fred Agoopi, lieutenant of emergency operations. “People will not evacuate from emergencies unless their pets are taken care of. We needed a vehicle in order to house animals during disasters.”

It’s all about “co-location.” Agoopi explained. Putting people at a Red Cross shelter and their pets at a distant animal shelter just doesn’t cut it.

With the new trailers, he said, people evacuated to a Red Cross shelter could have their pets either “in the same parking lot or at a close-by parking lot they can walk to and (can) visit their pets,” he said.

“Owners can come over and take them for walks, play with them, interact with them, be comforted themselves that their animals are fine,” said Marcia Mayeda, director of the county Department of Animal Care and Control.

The result is less stress for all evacuees — both four-legged and two-legged.

The new trailers can hold about 50 dogs and cats, said Mayeda, whereas the smaller trucks previously used for such occasions could hold only six or eight pets.

The Animal Care Foundation takes in about 80,000 animals a year across six shelters located throughoutthe county, serving all unincorporated counties in the area and 52 cities contracted with the department.

Most emergencies the shelter sees are wildfires, but the agency also responds to a number of other situations requiring a large-capacity vehicle for animal transport — such as hoarding cases.

“We’ve taken more than 300 animals from situations like that, so it’s quite a taxing event,” said Mayeda. “Many of these animals are in need of animal care and medical attention, so by bringing a trailer like this we’ll have a medical examination there in the triage room where our medical staff can look at the animals closely and see who needs to go for emergency medical care and who can go for routine care.”

The Animal Care Foundation acquired the trailers last month, and it hasn’t had occasion to use them — yet.

But they will be featured Sunday at the 13th annual Bow-Wows & Meows Pet Fair at William S. Hart Park. During the free event, people will be able to see more than 100 animals up for adoption inside one of the trailers.

The County of Los Angeles Department of Animal Care and Control (DACC) has been granted $20,000 toward enhancing its capabilities in prosecuting animal cruelty cases. 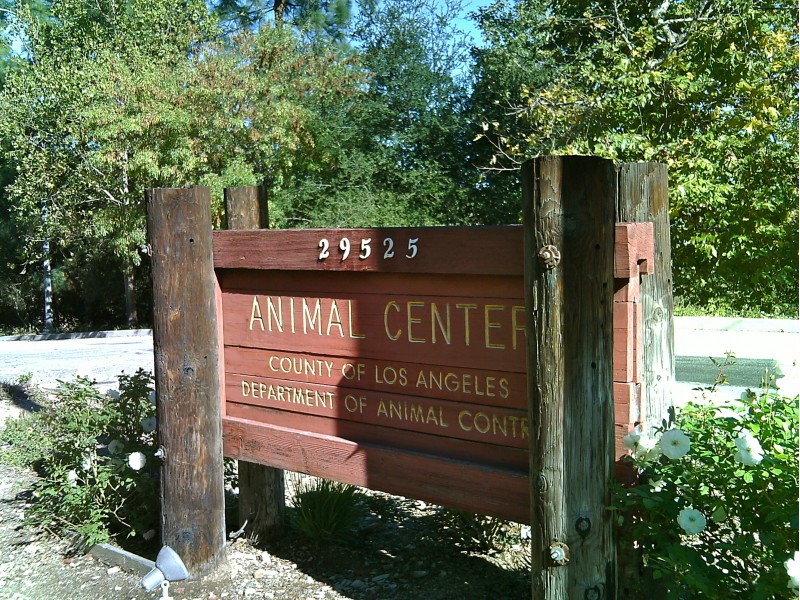 The grant from the Los Angeles County Animal Care Foundation was made possible by the American Society for the Prevention of Cruelty to Animals, a county spokeswoman said.

“We are extremely grateful for the generous support of the ASPCA and the ACF,” said Marcia Mayeda, director of the county’s Department of Animal Care and Control. “We are constantly challenged to provide more services with fewer resources.”

The gift will help enhance in-house diagnostic capabilities — so the county’s six animal care centers can perform blood tests on-site — as well as provide dental and eye surgery equipment for the animals. The grant will also be used to provide an online medical library for staff and outfit a new spay and neuter clinic in Castaic.

Illegal Animal Fights On the Rise

To contact our Department regarding news stories, media outlets should call (562) 728-4644.