From my earliest childhood memories, all my interests and activities involved animals. My own personal pets were constant and beloved sources of joy, amusement, and companionship. At age six I began my lifelong passion for horseback riding, which I continue to this day. As I grew older, I began pet sitting and dog walking for neighbors while other girls my age were babysitting. In high school I worked for my pets’ veterinarian, caring for the animals and assisting him in his work. Later jobs at kennels and on farms allowed me to continue doing what I loved.

Adults who saw my love for animals would kindly remark that when I grew up I should marry a veterinarian. This always puzzled and irritated me.  Certainly, I could have a career of my own working with animals. Why would I need to live vicariously through someone else’s career? Fortunately, my wonderful father fully supported my interests and goals and encouraged me to pursue my passion. He often told me how proud he was of me.

After finishing high school, I attended Western Illinois University to earn my degree in animal science (what else!). I was the only woman on the University’s livestock judging team, and one of only a few studying animal science and participating in its related clubs and activities. Nevertheless, I was welcomed and able to freely participate in the programs. My male professors, and the one female professor in the School of Agriculture, treated me as equal to the male students and were supportive of my academic career.

During my junior year, I was hired as a part time animal control officer and animal caretaker for McDonough County, Illinois. My male boss told me several months later that he was very pleased with my performance, especially because he didn’t want to hire me since I was a woman. Thankfully, his wife insisted that he did and my future in animal welfare began.  Thirty five years later I am responsible for running the largest animal care and control agency in the nation, and only the second woman to do so. I wonder what he would think of his decision now! I am grateful to his wife for rising to my defense and giving me entré into the best career I could ever hope for.

Times have changed, and so has the Department of Animal Care and Control. The Department has preserved many historical documents from its early days and I recently read a Department pamphlet written circa 1960. It describes how the “Men of the Pound Department” protect the public and animals. An old policy manual refers to how the “man in charge” schedules officers and assignments.

Why am I mentioning this?

The County of Los Angeles has proclaimed that August 2019 through August 2020 be recognized as the official celebration period of the passage and ratification of the 19th Amendment. Passed by Congress in 1919 and fully ratified in 1920, the 19th Amendment granted most American women the right to vote. Unconscionably, women of color did not achieve suffrage until decades later. 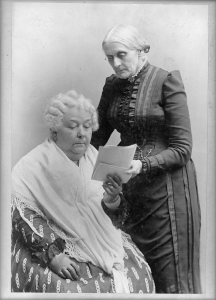 The early pioneers (including men) for women’s suffrage endured ridicule, physical assault, arrest, and ostracization to champion their cause. Believing that women should be afforded better opportunities for education and employment, they agreed that American women were autonomous individuals who deserved their own political identities. In July,1848 Elizabeth Cady Stanton and Lucretia Mott organized the first women’s rights convention at Seneca Falls, New York. 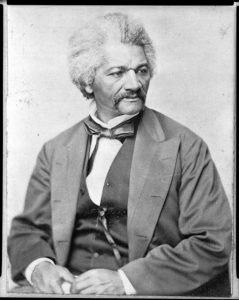 Frederick Douglass, a former slave and a leading spokesman for the abolition of slavery and racial equality, was one of 32 men who signed the Declaration of Sentiments at the Seneca Falls Convention. He continued to advocate for the rights of women until his death in 1895.

Thanks to these brave individuals, the foundation was laid to allow me to pursue a fulfilling career in my own right. I am grateful for the supportive women and men who laid the groundwork for all women and hope the misguided misogynist philosophies I encountered along the way remain in the past.

I believe, in most part, they will. Opportunities for women are greater now than ever before. Our department now has 57% female employees and 43% male employees.  Our female employees are not only employed in “traditionally female roles” but serve as Animal Control Officers, Veterinarians, Managers, and as members of Executive Leadership. In the U.S., more than half of veterinary students are now women. They aren’t relegated to simply Marrying one! 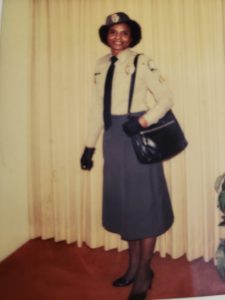 For more than 150 years, the Los Angeles County Board of Supervisors was composed primarily of men.  Called the “five little kings” to reflect the power and influence of this governing body, that title is no longer applicable. The Board now has a female supermajority, with four of the five Supervisors being women.

The Los Angeles County Initiative on Women and Girls (WGI) was established by the Board in 2016 to examine the systemic issues that lead to inequitable gender outcomes and recommend changes to improve the quality of life for women and girls in the County. The #MeToo movement has brought down many powerful and abusive men, and has forever changed the awareness of sexual harassment and assault in the workplace. 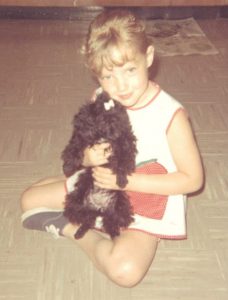 The future for women is bright. It is right that we honor and recognize the passionate advocates that ultimately brought about women’s right to vote, and laid the groundwork for women’s equality in our society. This animal-loving former little girl thanks you!

POOCHES IN THE POOL EVENT